The Absolute Worst Places To Drive In The World

Sometimes, driving on the M6 feels like driving in the worst place in the world; it isn’t. Whilst the UK’s roads are far from perfect they’re greatly superior to what other motorists around the world have to contend with. Here are the world’s absolute worst places to drive… 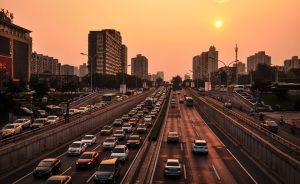 Next time you’re stuck in traffic, pay a thought to the Chinese drivers who were stuck in a traffic jam for two weeks. The China National Highway 110 traffic jam was 60 miles long and drivers were able to travel about 0.6 miles a day. Make-shift street vendors sold water at fifteen times the usual price and noodles at three times the typical asking price. In general, Beijing’s motoring woes stem from the enormous amount of vehicles on its roads; there are three million vehicles and a thousand are added each and every day. In addition, the prevailing driving culture is unforgiving. Motorists blare their horns angrily at victims of car crashes if they’re in their way and official rules are usually disregarded completely. Much of this stems from poor enforcement. Beijing is easily one of the worst places to drive in the world. 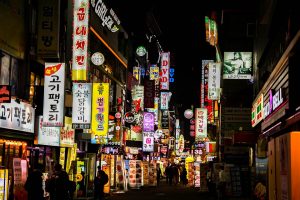 Much like its Chinese neighbour, Seoul struggles with an excessive amount of vehicles on its roads. A particularly novel feature is that public transportation is allowed to ignore traffic signals. That it runs on time is seemingly more important to locals than safety considerations. Be vigilant around coaches and buses. Given the enormous population density, pedestrians crossing streets are disregarded and paid little thought by drivers; the sentiment is mutual. As in China, enforcement is seemingly lax and ad hoc. Motorcyclists will mount pavements and lane changes are borderline neurotic. You’ll find that many drivers simply ignore traffic lights, too. In addition, Seoul is officially one of the hardest places to find a parking space in the world. Good luck. 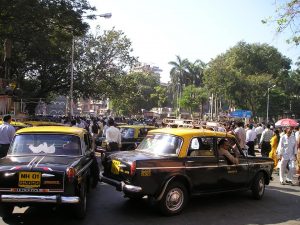 Mumbai’s problems are two fold. First of all its road infrastructure is poor and secondly traffic is too dense (we’re noticing a trend here); this naturally only exacerbates the problem. Another issue is the fact that licensing is poorly regulated, meaning that people with practically no experience or training can get behind a steering wheel. You’ll find yourself coming across unusual ‘traffic’, including cows which are regarded as sacred in Hindu society. These will always have right of way over vehicles. You’ll also notice crammed buses and vans, with passengers literally hanging off of the sides whilst they travel at speed. Horn usage is also decidedly liberal, so expect lots of headaches whilst driving in India’s largest city. 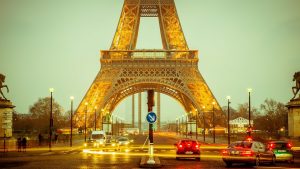 It’s not just the east that posses the world’s worst places to drive. Developed economies with extensive infrastructure can also offer truly horrible motoring experiences. Paris is an old city and its streets reflect its age; they’re narrow and cramped, making navigating them a challenge. The French, like the British, love their roundabouts. The difference, however, is that they rarely bother to mark out lanes and only laxly employ signage. In fact, the roundabout around the Arc de Triomphe is widely considered the most unpleasant in the world. It has 13 entrances, but no lines and no markings. Only the most experienced drivers should attempt to tackle the French capital’s roads. Given how good local public transport is, you don’t really need to anyway. 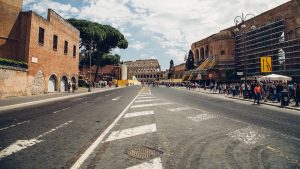 Maybe it’s something in the water, but Roman drivers are some of the most aggressive in the world. The Italian capital is home to dozens and dozens of road accidents everyday, so vigilance is a must. Tailgating is ever-present and there are little repercussions for offenders. You’ll often find a car basically riding your bumper. Attitudes to safety are also extremely lax, with many motorists failing to even use seat belts. Tourists are actually excluded from driving in much of the city through the ‘Zona a Traffico Limitato.’ Violating the zone, unlike other offences, is strictly enforced and you’ll find yourself with weighty fines if you enter it even accidentally. All of this makes Rome one of the world’s worst places to drive.

The Autoserve Club can save you time, money and stress. For just £8.99 a month, Club Members can receive huge fuel discounts, up to 40% off servicing, 15% off new tyres and access to our professional 24/7 helpline. To learn more, contact our friendly Service Advisers on 0121 521 3500 today

Britain's Top-Selling Cars Can 'Easily' Be Stolen Via Keyless Entry

How Is Miles Per Gallon Calculated And Is It Reliable?

30% Of British Drivers Name Their Cars, According To Research

These Are The Best And Worst Cars For MoT Pass Rates

Expiring Driving Licenses To Be Extended Due To Coronavirus