A User-Friendly Guide To Smart Motorways

Motorways have played a vital role in the UK’s transport network since 1958. Offering a safe way of travelling at high speeds, they revolutionised what being a driver could really mean; effectively opening up the country for commercial and private exploration. The latest innovation in their design and management has culminated in the creation of ‘smart motorways.’ These are stretches of motorway that use traffic management methods to increase safety, reduce congestion and minimise environmental impact. But how do they work and how should they be used? 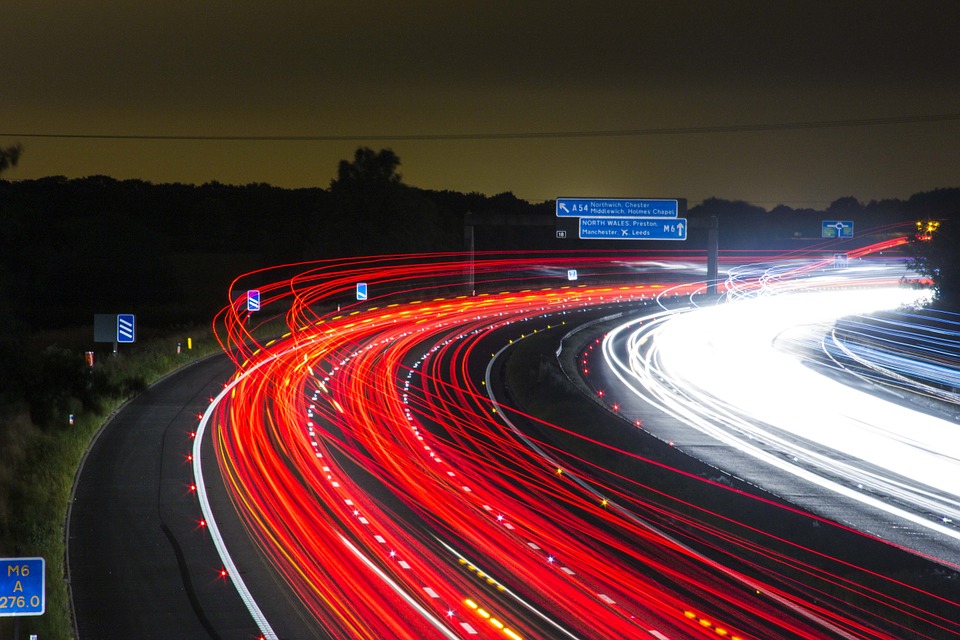 The Varieties Of Smart Motorway – There are three distinct types of smart motorway. Whilst there are key differences, all of them exist for the same purposes; reducing congestion, improving safety and protecting the environment.

The first type, ‘controlled motorways‘, use three or more lanes and retains a hard shoulder. Variable speed limits are displayed via gantries, otherwise the national speed limit is in place. Some drivers have expressed concerns about sudden speed limit changes and the urge they feel to slam down their brakes. Highways England has stated that there is a lag between when new speed limits are announced and when cameras will adapt to the new limit; so there’s no need for harsh braking. The second kind of smart motorway, called ‘dynamic hard shoulder running schemes‘, use the hard shoulder as a lane for regular driving in order to ease congestion. A solid white line will indicate the difference between regular lanes and the hard shoulder. If gantry signs are blank or show an ‘x’, it must not be used except in the case of an emergency. Finally, there are ‘all lane running schemes.’ These dispense with the hard shoulder altogether and instead use it as a permanent lane for drivers. It’ll only ever be closed in the event of an accident.

Are They Dangerous? – Because of the lack of a hard shoulder, many motorists come to believe that smart motorways are dangerous; or at least pose more of a risk than regular motorways. Statistics published from Highways England, however, demonstrate their reliability…

– When accidents have occurred, overall severity was lighter than the average. There have been zero fatalities and fewer reports of serious injury

– Personal injury accidents have fallen by half

– Journey reliability has increased by an impressive 22%

However, the RAC has expressed concerns. Releasing a statement, they said “in recent years, there has been a movement towards the permanent conversion of the hard shoulder into a running lane which has concerned us. The removal of the hard shoulder fundamentally increases the risk to drivers who might suffer a breakdown and are unable to reach a refuge area.” They offered their own suggestions, adding “to combat this, the RAC has worked with Highways England to increase the numbers of emergency refuge areas (ERAs), increase awareness and prominence of these by getting them repainted orange and make sure that the latest technology is used to detect when a vehicle is in trouble.” 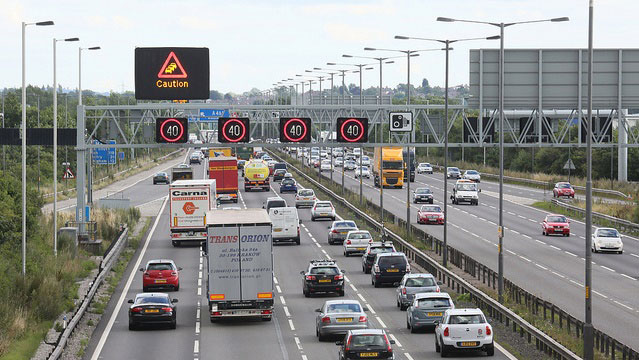 How Should I Drive On Them? – Driving on smart motorways, regardless of the variant, is a straightforward process. Indeed, it’s possible not to notice that you’re on one in some situations. Just remember to avoid driving in a lane marked by an ‘x’, obey speed limits shown on gantries, use refuge areas in emergencies if there isn’t a hard shoulder and use your hazard lights in the event of braking down. Also remember that a solid white line represents the hard shoulder and that a broken white line represents a regular lane.

What Should I Do If I breakdown? – Breaking down on a smart motorway can be stressful due to lack of a hard shoulder. However, it wouldn’t be the end of world. Emergency Refuge Areas are dotted across smart motorways and are indicated by blue signs bearing an orange SOS telephone symbol. The different types of smart motorway use different spacing, but you should never be more than 1.5 miles away from one. If you can’t make it to an ERA, safely pull over to the verge and put on your hazard warning lights. If you can safely leave your vehicle, use a roadside emergency telephone. Otherwise remain in your vehicle, keep your seat belt on and dial 999.

The Autoserve Club can save you time, money and stress. For just £8.99 a month, Club Members can receive huge fuel discounts via The Fuelcard People, up to 40% off servicing, 15% off new tyres and access to our professional 24/7 helpline. To learn more, contact our friendly Service Advisers on 0121 521 3500 today

Everything You Need To Know About Traffic Light Cameras

Lockdown And Your Car: How To Look After Your Wheels

Tyre Sidewall Damage: Everything You Need To Know

Selling Your Car? Here’s How To Do It Quickly And For A Good Price